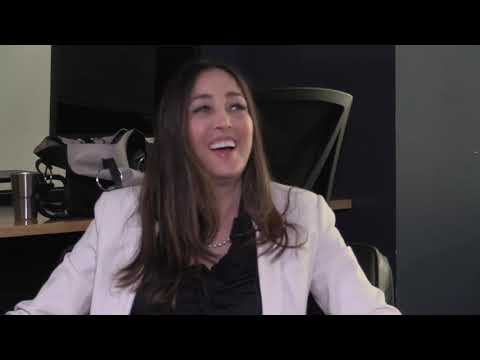 Following as-yet-unconfirmed rumours that the People’s Bank of China would move to block domestic banks from working with digital currency exchanges this April, the price of bitcoin has declined substantially since 26th March, dropping from a high of just over $580 to today’s low of $442 on the CoinDesk USD Bitcoin Price Index. The decline has been exacerbated by the fact the People’s Bank of China (PBOC), the country’s central bank, has not yet issued a formal response. Notably, this lack of action sharply contrasts the events of 21st March, when the PBOC reacted quickly to quash rumours it would ban bitcoin.
As of press time on 31st March, no official word had yet been given as to whether the PBOC’s stance toward bitcoin exchanges has altered.
However, two PBOC officials had independently addressed bitcoin, one via his personal microblogging site and the other at a speaking engagement at last Friday’s 2014 China Internet Conference.
The officials offered seemingly contrasting takes on bitcoin and other digital currencies – with the former advising Chinese citizens to “cherish life, walk away from bitcoin”, according to The Wall Street Journal, and the latter suggesting that bitcoin was a novel currency.
Though the statements may not reflect attitudes at the PBOC, they provide an insight into how the issue is perhaps being discussed at the major financial organisation.
Bitcoin exchanges compared to casinos PBOC official Zhang Niannian took to his Sina Weibo account on Friday, 28th March, to compare bitcoin exchanges to casinos. Further, he called into question the legitimacy of the businesses, which he suggested could abscond with customer funds, leaving Chinese consumers with little recourse.
The Wall Street Journal reported that Zhang stated that his views do not represent those of the PBOC, but that he declined its requests for further comment.
According to the media outlet, it is unclear what Zhang’s official position at the bank is, though he has been named as the PBOC’s media contact on the subject of bitcoin in previous documents. Bitcoin is a currency, not legal tender The second notable statements allegedly come from Xu Nuojin, deputy head of the PBOC’s Statistics and Analysis Department, who gave the keynote speech at the 2014 China Internet Conference on Friday, 28th March. Informal translations of that speech indicate that Nuojin touched on the subject of bitcoin albeit briefly, calling bitcoin a currency, not a legal tender.
Further, he seemed to acknowledge the big picture implications of digital currencies, saying: “You can understand [bitcoin] as a kind of folk currency, so it is a currency, but it is not a legal tender. This is a breakthrough concept of sovereignty currency.” Noujin went on to say that bitcoin is still not recognized by central banks as a currency, and that it lacked the recognition of an institution like the US Federal Reserve that would ensure its use. Prices remain depressed Though the comments highlight the conversations perhaps taking place between Chinese government officials, they are likely to do little to stem bitcoin’s recent slide in value.
At press time, the price of bitcoin on the CoinDesk USD BPI was down 0.41%, or $1.90, for the day at $459.97.
Prices have been similarly low on the CoinDesk CNY BPI, which tracks price movements at major China-based exchanges BTC China and OKCoin. Chinese money image via Shutterstock
1T bicoin miner in stock, best-miner.com
By Pete Rizzo (@peterizzo)

Sources told Modern Consensus Rizzo was let go; the change comes as a move into owner Digital Currency Group’s offices raised questions about editorial independence CoinDesk editor in chief Pete Rizzo has been fired from the cryptocurrency industry news source he built into a powerhouse, sources familiar with the matter told Modern Consensus. You still don't understand Bitcoin!" Pete Rizzo: I would frame it as, we're talking about the nature and truth in the cryptocurrency industry and how you properly explore that. I guess maybe the comment on that a little bit is, and this is something in the design decision of CoinDesk I think, because I've been a stakeholder in that for a while, I think CoinDesk gets a lot of flack for not ... Pete Rizzo, former editor-in-chief at leading crypto news outlet CoinDesk, has started a new position at cryptocurrency exchange Kraken. Per a Jan. 15 announcement from Kraken, Rizzo’s new role as Editor-at-Large will entail responsibility for content production for the company’s new products and services. Departure from CoinDesk and the ... Bitcoin’s Lightning Network has a few of vulnerabilities that have been discovered in its two-year lifespan, but none have been exploited. Internet 2030. An Internet for Humans: Proof-of ... Pete Rizzo is Editor for CoinDesk, the global leader in blockchain news, where he oversees production of both the daily news website, CoinDesk.com, and CoinDesk Research, its monthly report offerings.

E758: Blockchain Peter Smith on scaling cryptocurrency wallet to 16m+ users; Ethereum, bitcoin, ICO - Duration: 1:24:06. This Week In Startups 8,067 views 1:24:06 Congress is discussing Facebook's Libra project, and we're breaking it down. Watch CoinDesk's Pete Rizzo and Nisa Amoils talk through the future of crypto. Nisa Amoils is a Venture Capital ... From the archives is an unreleased interview with Pete Rizzo who recently left his position as Editor-in-Chief at CoinDesk. We discuss journalistic responsib... At the tail end of the American Banker 2014 Digital Currency conference I ran into Pete Rizzo of Coin Desk and discuss the themes of conference, Permissioned Ledgers, Bitcoin, and the themes of ... 09:42:05 - Pete Rizzo and John Biggs say farewell to Consensus 2019 Subscribe to CoinDesk on YouTube: ... Magical Crypto Conference - Lightning Network & Bitcoin Without Internet - Duration: 4:28 ...